Fight Club is one of those movies that gets you thinking; not only is it considered a cult classic, but it also influences how people think about their lives and society in general.

It has a dark and gritty style with a pessimistic undertone, and often makes it seem like the urban environment is shitty and that you aren’t as cool as you think. However, there are certain concepts that you can directly apply to your way of thinking to drastically improve your lifestyle.

The personality of our main character — the Narrator (his name is never actually revealed) — symbolizes the current version of ourselves. He is someone who simply struggles through life, lives in a loop of activity, and earns money only to buy things he doesn’t need. There is nothing special or extraordinary about him.

On the other hand, we have Tyler Durden,  a strong and independent man who lives by his own rules, doesn’t care about possessions, and regularly flips the bird to society. Many men are drawn to this character because he represents the ultimate fantasy of every ordinary Joe.

Tyler Durden says: “You are not special, but nobody is really special. So don’t feel bad”. Suddenly, instead of thinking “I am not good enough” the conversation becomes “Hey, nobody is good enough!”

Every single one of us has those two sides, but only some manifest their inner Tyler Durden, a version of ourselves living in the moment. Today’s world of a constant rush hour doesn’t allow for much carefree time because constantly living in the moment means not having responsibilities. As much as we all love idolizing Tyler, most of us are not prepared to burn everything we own and live in an abandoned house with our other personality.

And we shouldn’t. Instead, we should understand why we are so attracted to this character in the first place — he represents a “successful” version of ourselves. Tyler Durden is how the Narrator wishes he was, just as your own version of Tyler is how you wish you were.

People do it every day, they talk to themselves… they see themselves as they’d like to be, they don’t have the courage you have, to just run with it.

We are constantly battling who I am versus who I want to be. What most people take away from the movie is “I should start fighting“ or “I should start smoking“. However, becoming the cool, “Tyler“ version of yourself is easier than you might think.

Also, it has nothing to do with fighting or smoking.

All of us define success differently. For some, it may be earning a lot of money and being financially superior, while for others it is being in a rewarding relationship with just enough to live comfortably. The Narrator defined it as not being owned by society’s limitations, so his Tyler was a “go against the norm and burn my furniture” kind of guy.

Each of us has a different, ideal version of our life to which we should aspire to. However, most of us are scared to take risks and abandon things we hold dear. And for the first time in history, we live in an era of opportunity where one of the most popular industries in the world (*cough self cough help*) is focused on telling you that you can do what you thought was impossible.

It’s ridiculous when you think about it: we live our lives unhappy because we’ve been unhappy for a long time, which makes us unhappy in the first place. It’s a vicious loop that governs how we feel about ourselves and our lives in general.

Most of us are in Narrator mode, meaning we do the things we do only because we’ve been doing them for a long time. We don’t realize we are stuck in a loop of unproductive thinking that is ultimately going to ruin our lives, so when we see a guy like Tyler Durden, we think: “Hey, that could be me!”

But without realizing the fundamentals of why he attracts us so much, we resort to simply imitating everything a fictional character does in a 90’s movie (which is ridiculous when you think about it). A lot of us can relate to the Narrator. He’s stuck in a job he hates and finds no joy in life. And if he can make such a drastic change to his life, why can’t I?

You can and you should, just not in the exact same way.

What does it mean to be Tyler Durden?

The narrator and you have different values, different goals, and different wants in life. Also, if you remember, the Narrator tried to get rid of Tyler because he realized that he was actually insane and his other personality was a terroristic anarchist who started a cult. People never really think about it like that, huh?

Just look at how ridiculous Fight Clubs looks without a visualization of Tyler:

People you probably don’t realize that YOU are the Narrator. And just like him, you have the potential to become Tyler — in a good way (confident and comfortable in your own skin) or the bad way (destructive, egotistical maniac).

Most people are convinced they cannot be as cool as Tyler simply because they aren’t as good-looking or as charismatic as Brad Pitt. In his own words:

Tyler Durden does not exist

It’s the obvious truth that’s stabbing you in the eyes and yet you are still blind to it. Tyler Durden doesn’t exist. He doesn’t. The handsome, muscle-flexing stud isn’t real. We, as viewers, see Tyler that way. But everybody else still sees the weird, skinny guy.

Tyler Durden is a mindset.The Narrator is perceived as a badass without actually looking like Tyler. He is still the same guy, only he acts differently because he has more self-confidence. The most important thing in transforming the way you act and the way you are perceived by others is changing the way you think.

PRO TIP: If the Narrator and Tyler are the same person, and you are the Narrator, then you also have the potential to be Tyler.

What the movie really shows is that it doesn’t matter what color your skin or hair is, how short or tall you are, or whether you’re rich or poor. What matters is your charisma, character, and confidence. Even if you’re determined, improving your appearance is easier than you might think. You can become more attractive much more easily that you may think.

Some of us naturally have better people skills but, in reality, it doesn’t really matter. You can always change the way you think, act, and perceive the world around you. It has to be a conscious effort and, like any real change, it doesn’t happen overnight. But anyone can do it, as long as they have the dedication and willingness to persist.

Improving Your Mindset and Making it Stronger

Focusing on changing your appearance, mindset, and behavior will transform you into your own personal version of Tyler. Not the one from the movie, but the best-looking, most confident, and charismatic version of yourself.

SYMPTOMS of an unhealthy mindset are being socially awkward, being taken advantage of, feeling angry or weak, lacking self-confidence, etc. Most people look at each of these things individually and try to fix them separately, without realizing they are all just symptoms of the same “disease”.

CAUSE of these problems is your mindset. If you think of yourself as weak, you will project that in your actions. People will see that and (often subconsciously) won’t show you much respect. Because of that, you will feel like an unappreciated outcast, so you will be scared to approach love interests. All of this will, in turn, make you feel angry and powerless, destroying your confidence.

See how it’s all connected? In contrast, if you manage to think of yourself as a strong and powerful individual, you will walk with pride. People will love the energy you send out and will treat you with respect because you act as though you deserve it. Consequently, you will feel confident and will have no trouble meeting new people or approaching love interests. As a result, you will feel happier and wonder how you ever managed to live life in any other way.

Don’t misunderstand the lovely picture I just painted – achieving this is never easy. There is no quick fix for a better life. It requires time, hard work, and dedication. Anything worth achieving isn’t going to be a walk in the park. If it were, everybody would do it.

You were looking for a way to change your life. You could not do this on your own.

I’ve been there. I had the weakest mindset you could ever imagine; I hung out with people who didn’t respect me, had almost no self-confidence, and never stepped outside of my comfort zone. As a result, I felt sad, angry, and alone, so I decided to re-imagine myself. In a sense, I decided to release my own inner Tyler Durden — a version of myself  I’m actually satisfied with. Years later, my confidence couldn’t be higher, as I became more social and successful than ever.

The most important lesson you should take away from this article is that real change is in the mindset. Tyler Durden is a fascinating character and most people see him as a cool-looking badass who smokes, fights, and drops mad theory about life. But try to look beyond the overly simplistic surface.

I urge you to see him as the potential to become everything you ever wanted but were too scared to try.

Change is always hard and scary, but the more you do it, the easier it becomes. Fear gets smaller, while the rewards keep increasing. In other words: 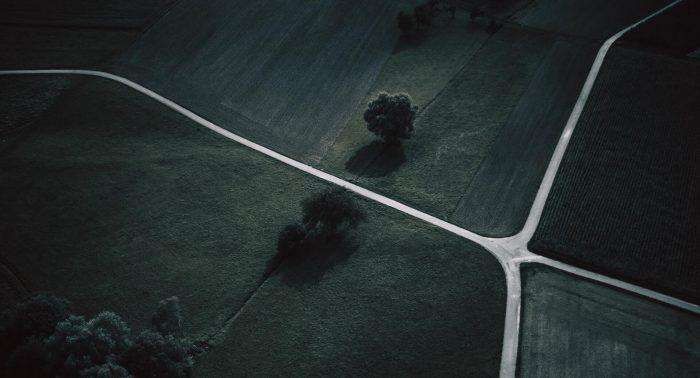 How to Stop Feeling Worried About the Future