My first long-term relationship was an absolute disaster. Without exaggerating too much, it was one of the worst relationships anyone has ever had. It was so terrible, in fact, that nowadays I don’t even consider it a relationship when talking about my past. Yet, I kept it up for over 2 years.

The two of us had nothing in common, there was virtually no attraction, we constantly fought and belittled each other, yet we simply kept it going. During our fighting sessions, she would yell out things like: “If I am so horrible, why are you even with me?”

All in all, it was a total disaster.

One night, after an evening where both of us were mostly silent, I brought up the fact that maybe, somehow, someway, something is wrong. It instantly became obvious she was thinking about it the same way I did and we both agreed this isn’t working out.

Here’s the kicker: Despite the fact that I started the “we need to break up” talk and knew it was the right choice, and even though she agreed with me, I was still clinging to the relationship with my teeth.

As I was walking home that dreaded night, I felt terrible. Why did we break up? Things weren’t so bad. Maybe I won’t ever find someone else who will want to be with me. This was a mistake. I don’t know what to do.

The following day, I kept reiterating these thoughts. But the more I started dating other people and the more I talked to other people about their experience, I realized that, as much as this part of the relationship sucks, it’s totally normal and actually makes sense.

Dating is a lot like doing experiments: Sometimes, you accidentally make a breakthrough. Other times, everything blows up in your face.

It all comes down to our inherent stupidity. But there’s a way to limit it.

The Anatomy of a Relationship

There are many ways a romantic relationship can begin, but their universally defining quality is that — in the beginning, things are good. No fights or drama, mostly just happiness and lovey-dovey expressions.

In other words: At this time, we are driven by extremely positive feelings.

And that’s kind of a double-edged sword. In case you didn’t hear the news, Huey Lewis, our emotions kinda suck. I mean, just ask Patrick Bateman.

So when entering a relationship, in the midst of all these super positive feelings, we fail to recognize that both of us just signed a (very simple) contract: break up or don’t.

Yeah, it really is that simple.

Think about it. Every relationship in the history of the world can have only one of two possible outcomes: either you eventually break up or you stay together until one of you dies.

Since most people don’t stay together with the first person they ever date, at the very least, you’re signing up for a potential breakup. Even though both of you know the rules, neither of you really acknowledge it.

Love is, by definition, pretty dumb. Doing things purely “out of love”, with no regard to logic or consequences, is the same as doing things purely out of fear or jealousy or hatred. It’s acting on your emotions, despite the fact that they are a terrible guide for making life choices.

Yet all of us do it.

And almost every time, our emotions eventually fuck us over. And then, like five seconds later, we forget it and do the same mistakes all over again.

This problem multiplies where people not only blindly follow their emotions, but they think it’s noble to do so.

Take Romeo and Juliet as an example. To this day, it is one of the most popular stories about true, eternal love. People point to it and say “See! That’s the kind of love I’m talking about. Where’s my Romeo/Juliet?”

The thing is, Shakespeare’s goal with Romeo and Juliet was to showcase just how dumb young love is. I mean, they’re both teenagers for fuck’s sake. Juliet is only 13 years old.

Do you really want to take a barely pubescent kid as your role model for love?

Look, as much as I hate to admit it — humans are dumb. We can be pretty amazing and ingenious, but most of the time, we’re pretty dumb.

We act solely on our emotions and then complain about it. And then we do it all over again. But let me adjust my reading glasses, settle into my chair, and crack my knuckles before I tell about the solution I’ve come up with as a result of my travels:

Love is amazing, yes. Love is dumb, yes. But if you sprinkle just a little bit of logic and common sense, you’ll get the perfect recipe.

Taking Off The Relationship Goggles

Ever heard of the term “beer goggles”?

It works like this: a guy walks into a bar and sees a girl. Ugh, he doesn’t find her attractive in the slightest. Then he starts drinking and, about two beers in, she starts looking more attractive. Another five beers, and she’s looking even better. A couple of more and he wakes up next to her the following morning, wondering what the fuck happened last night.

That’s pretty much what beer goggles are: the more you drink, the more attractive someone else will become (especially if they’re not).

Relationship goggles work pretty much the same: the longer time you spend with someone (helps if you’re drunk), the more you will start ignoring their flaws. And if worst comes to worst and you decide that you should break up, you’re hit with a variation called “graduation goggles“.

When you’re in a relationship with someone for a long time, your perception changes. This happens right from the start. All those lovey-dovey-we-are-so-unique positive feelings? Yup, relationship goggles.

You move away from reality. You aren’t objective and your perception of your significant other is oftentimes unrealistic. Eventually, as these feelings fade away and you move away from a relationship, it feels as if the other person has drastically changed.

Sometimes people actually change that much, yes. But usually, they’re the same person they’ve been from the start — you just ignored the negative things for a very long time.

This is why breakups are so hard, especially if you’re the one getting dumped. The other person has taken the goggles off and realized that you guys aren’t working together as you should. But if you’re still stuck in tunnel vision and your own subjective reality, you won’t be able to realize what happened. It will feel like a literal slap in the face and a betrayal of your partner.

But it’s not. Remember, both of you signed up for a potential breakup.

Other people can see it, but you can’t. What also happens when you break up and get over someone is that, looking back, you start to see flaws and red flags in your past relationship and wonder: “Holy shit, how the fuck didn’t I notice that before?”

And this happens every single time.

That’s why many people stay in relationships too long or avoid ending dead relationships. They’re scared. From their bubble, the outside world doesn’t exist. Nobody is as perfect, or trustworthy, or whatever as their current SO.

Everybody does this. I do it. And so do you.

Then the rug is violently snatched beneath you and you fall on your bare ass, confused, and looking up. The entire town square is there, Emperor, and there are no new clothes. You’ve been naked the entire time. Everybody else saw it, and finally, you are forced to realize this as well. ((This is a reference to The Emperor’s New Clothes))

Just look at any love song ever. All of them are either about the sweet start (teenage love, honeymoon phase, or passionate sex) or the bitter end (getting over someone, hating them, or vowing to never, ever, ever get back together).

I’m currently fresh out of a long-term relationship myself. And yeah, it pretty much sucks balls. The girl was amazing and I still deeply respect her and care about her, but over time I started to realize that we were nearing the end.

Only this time, I was more mature and ended the relationship more quickly than I usually would’ve. It sucked and made me feel like a piece of shit. But it was the right choice.

After all, I can’t really trust my emotions on this, can I?

I’m sure you have standards and values. However, relationship goggles often blind you to them. You still hold the same standards, but you don’t enforce them the way you should (or at all).

You stay with people who make you miserable. You act ignorantly, foolishly, and overly emotional. After all, humans are emotional creatures.

My point is this: these things happen to everyone. So what can you do?

Well, my suggestion is to utilize Mark Manson’s Fuck Yes or No law:

If your reaction to being with someone isn’t “FUCK YES!” followed by jumping in the sky, clicking your feet, and high-fiving an invisible tall man, it’s a “NO”.

You’d be surprised how many dilemmas this simple rule solves. You’d also be surprised how hard it is to follow this advice. You’ll have a million excuses for why every time is “an exception” and “not the same” and “but this is different”. But all of this is emotional reasoning.

That’s why this rule exists in the first place: because you can’t trust your emotions.

Practice being more critical. If you do, who knows – you might just find yourself in a satisfying relationship.

Not sure what to do next? Check out The Social Gladiator, a complete guide to dealing with insecurity, becoming confident, and improving your social skills. 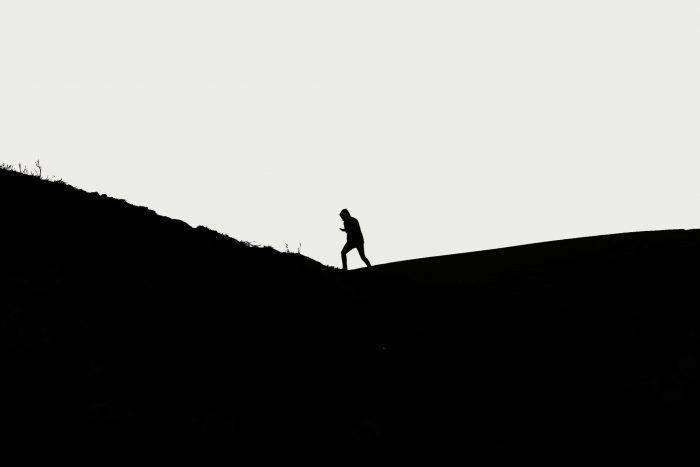 Growth Mindset: Why Only Some People Succeed 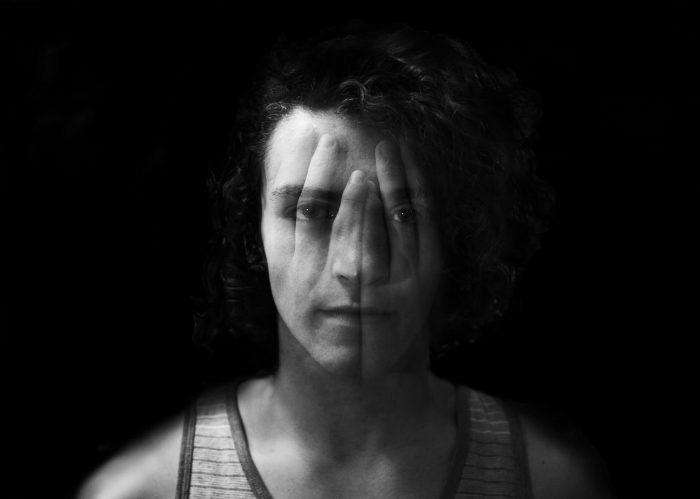