When you were a child, you saw the world from a different perspective. You were happier, had more energy, and you didn’t care about what anybody else thought.

You believed in the impossible, there was always something new to find or experience, and you never tried to compare yourself to others. It was a much simpler time, yet so creative and mysterious.

Why am I telling you this?

Because back then, you were special. More accurately, everything you did was perceived as special. Every scribble you produced was hailed as the work of art. You were told that you are the most beautiful person in the world. You were the most creative, free-minded spirit there was. And then you grew up.

You realized that you’re not that special after all; you’re not the fastest, highest, smartest, or the most capable individual. You’re mediocre at best. Instead of the usual praise, people around you will now constantly remind you of all your faults and errors. What happened?

REALITY CHECK – NO ONE IS SPECIAL

As most people would say, you have become realistic. You started to see the world for what it really was – a place that is not so safe, where bad people don’t always get punished, and good people are not always rewarded. A place of endless threats and judgmental people you so desperately try to please. On top of that, your favorite books and movies, like Fight Club, remind you quite literally that:

You are not special. You’re not a beautiful and unique snowflake. You’re the same decaying organic matter as everything else. We’re all part of the same compost heap. We’re all singing, all dancing crap of the world.

Things that seemed mysterious and exciting to you before, now seem dull. There isn’t much more to explore as you can find an answer to pretty much anything on the Internet. With the burden of reality on top, you slowly start losing all motivation. Why should you try improving when there will always be someone better? When no one will acknowledge you? When nobody supports you?

Those are all good questions. But completely irrelevant.

As you get older, people will keep on reminding you about “reality”, and yes, there are some things we can take as facts: We’re all going to die. We all need oxygen to live. Pain is not comfortable.

But when you really think about it, there are only a finite number of things we can take point blank, while most of it is pretty much up for interpretation. What this means is that this new “reality” you and people around you have come to know so well is nothing but a perception. It’s the same old “glass half full, glass half empty” approach and, as simple and corny as it may sound, you still fall for it every time.

Introduction to this article was written from a pessimistic perspective, but you accepted it as reality even though it was only a certain point of view. Don’t believe me? Let’s try an alternative approach.

When you were a child, so many things were incomprehensible to you. You were amazed by simple objects around your house and now you have the capability to understand the whole world and universe. You are fortunate to live in the era of Internet as the whole knowledge of mankind is only a few clicks away.

Still, there are so many things being uncovered and discovered every single day. Since its discovery in 1930. Pluto was believed to be a planet up until 2006. You now know something that whole generations didn’t. How awesome is that?

You thought doodles you did as a kid were art, not knowing that with practice and hard work, you can create much better content. Centuries ago you could only study with a handful of masters to perfect a craft. Today you can learn how to become proficient at any skill much, much easier.

But that’s not all. Over time you realized that you have the power to improve – you can be faster, stronger, smarter, and more capable than you were five, ten or fifty years ago. There are also many people around you can compete with; you motivate each other to constantly push limits of what’s possible.

Reality is nothing but a perception. You can either see the world as a dark and cold place, or you can walk around with a smile on your face seeing the best in everything. Truth is, the real reality is somewhere in the middle. But as Rose from Lost would say:

There’s a fine line between denial and faith, but it’s much better on my side.

I know personal examples for everything I mentioned. People in my life, including my past self, always focus on what they don’t have while others envy them for what they do have.

Stop complaining and start working on what you want!

Some things are naturally easier for you. For other stuff, you have to learn and practice. There’s no way around it, but in the end, you value it more because you had to work for it. Don’t accept the so-called “reality” that people try to poison you with; pessimists or realist are those who are not satisfied with their lives and are not doing anything to improve them. Tyler Durden may be cool, but fuck him for trying to cram everybody in the same box.

I say screw being realistic – be impossible. Think back to the days of your youth when you didn’t know the concept of limits.

People who have changed this world throughout history weren’t realists – they didn’t accept a reality where people are enslaved or suppressed. Almost every major technological or scientific advancement was firstly noted as ridiculous. But those brave people rejected the current state of reality and decided to change the world for the better. They didn’t care about what others think because others weren’t happy with their lives – so why listen to them? Test the limits. Go further. Go higher. Never stop.

And if you ever get the thought that you are special, don’t think again. Do your best to prove it. 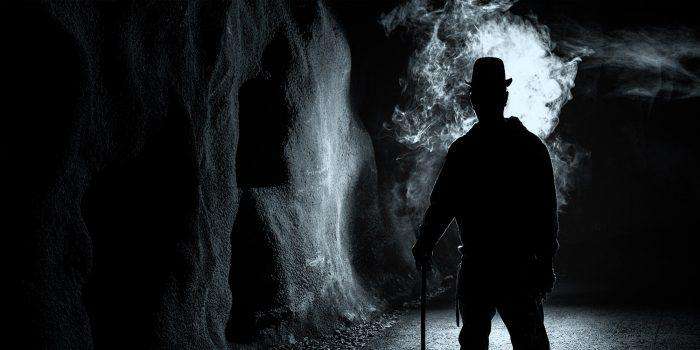