After a hard day’s work, there’s nothing you look forward to more than turning off the lights and settling into your comfy bed. You’re slowly falling asleep, thinking about the things you experienced during the day and… WAIT, WHAT THE HELL WAS THAT?

You hear a noise. A strange, unknown sound. Something you would normally ignore during the day, but alone in the dark? That’s a different story. Is someone trying to break in? Did I leave the windows open? Maybe the wind opened the front door? What if somebody walks right in? OMG, I don’t even know how to defend myself!

A thousand things run through your mind, but you only know one thing for sure: you feel afraid.

Several articles on this site explain how to deal with and overcome fear and phobias, but what actually makes something scary? Why do certain situations, movies, or music send chills down our spine and make us feel afraid, even when we know there’s no real danger present?

Different types of fear we experience

One of my favorite fictional villains is Dr. Jonathan Crane, most commonly known as The Scarecrow. He’s a psychologist who concocted the so-called “fear toxin”, a chemical compound that makes you visualize things you’re afraid of in a vivid environment.

This concept of making people visualize their fears is what makes Scarecrow such an intriguing character. To understand the underlying principles of why certain elements scare us, we should look no further than the most popular manifestation of the “fear toxin” in real-life — horror movies.

The fear we experience while consuming fictional media differs from one we experience in a real-life situation. In fact, psychology professor Dr. Thomas Straube concluded that depending on the experience, whether real-life or fiction, different parts of our brains are activated.

In the example from the introduction, you will feel genuinely afraid because a credible risk factor exists. Alternatively, when watching a movie about someone else being in the same situation, as a viewer don’t feel as anxious, because you know there’s no real threat to you personally.

Likewise, when watching a Halloween movie, you are probably trying to connect with the protagonist, learn from their mistakes, and figure out what you would have done in a similar situation. On the other hand, if you were actually being chased by a homicidal mask-wearing maniac, you would experience a sudden rush of adrenaline, your survival instincts would kick in, and your brain would initiate the fight-or-flight response.

However, this doesn’t happen when watching a movie; while your adrenaline may indeed spike up and while you may momentarily “jump out of your seat” as a reflexive action to a jump scare, you don’t process the threat on the screen as you would in real life. Once the movie is over, your adrenaline levels drop, you settle back in your seat, and continue living your life without any long-term marks on your psyche.

What makes these situations scary is a high level of uncertainty and the possibility of a threat. And nothing exploits both of these elements as much as a certain genre.

Let’s start with sound. An important component of horror movies is the soundtrack, which often uses dissonant sounds and minor chords to send quite literal chills down our spine and make us feel apprehensive.

Daniel Blumstein, a biologist at UCLA, conducted a number of studies correlating the effects of such music to the sounds produced by baby animals. While doing field research in Colorado, he noticed that baby marmots often screamed when the researchers caught them. He found that such screams, noise, and distortions inherently invoke negative emotions in us.

Scary music often resembles those sounds. He hypothesized that horror music. Since those screams are basically an infant’s cry for help, humans have been evolutionarily preconditioned to experience anxiety upon hearing it.

In fact, movies with all-time scariest scores — Jaw even used actual recordings of animal screams in the production of the movie soundtrack, aiming to inspire genuine feelings of anxiety and dread in viewers.

In fact, movies with all-time scariest scores, like The Shining and The Exorcist, used actual recordings of animal screams in the production of the movie soundtrack, aiming to inspire genuine feelings of anxiety and dread in viewers.

While music does play a huge role in setting the mood, the sensation we primarily rely on is our sight. Scary sounds can make us feel uneasy but we are definitely more scared when visually faced with something horrifying. Or are we?

The main element of what makes things scary is ambiguity, i.e. when we’re not completely able to interpret or understand something. Take a look at most “scary” characters featured in horror movies: monsters, zombies, vampires, killers with masks, aliens, ghosts, evil spirits, shadows, and other mystical entities.

All these manifestations differ from human beings to the point where we can’t completely understand how they function. And that makes them scary.

Spirits and magic are things that don’t exist in the real world and don’t obey the laws of nature as we know them, so we are unable to logically grasp how they work. Horror movie killers usually have a deformed or hidden face, and movie monsters are just deformed variations of humans or animals. All of this prevents us from reading their facial expression like we usually would.

Masks are designed to hide the true nature of a person, so even if someone is wearing a ”happy” mask, you can’t know whether the real expression of the person wearing it is happiness, sadness, anger, or contempt.

The same principle can be applied to explaining coulrophobia, i.e. the fear of clowns. Even though clowns represent something positive, they add a layer of ambiguity which causes a lot of people to perceive them as uncanny and, by extensions, scary.

All these variations make up stock characters used in any given horror movie. Hell, movies like The Cabin in the Woods use all of them at the same time. But the real danger doesn’t come from the monsters on the screen. In fact, the scariest movies and, by extension, the scariest life situations are the result of our own brain’s messed up way of processing information.

The scariest things are the ones you don’t see

An episode of Cracked’s show After Hours proposed an interesting notion; the scariest type of monster is when there is no monster. Many times, the main antagonist is not displayed on the screen immediately. It’s presented only as an unknown force, lurking in the shadows and causing havoc.

When you don’t know who, what, or how is causing the things you see, it’s up to you to fill in the blanks. Naturally, you will do this in relation to the information you already know, beliefs you already hold, and situations you have already experienced.

And this combination allows you to create the scariest type of monster for you.

Nobody knows yourself better than you do. Not just your attitudes, feelings, and goals, but also your deepest fears, phobias, and obsessions. When you’re left with a “define scary entity” field, you will create the antagonist which is scariest for you.

This is the reason why movies like The Shining  or Rosemary’s Baby are so uncannily frightening. Fear is not created by displaying a costumed monster or a CGI ghost. Instead, certain elements of the plot are purposely left ambiguous, so the explanations and definitions are up to you.

Fear itself is created psychologically — by yourself, for yourself.

Once we actually see the “monster”, it doesn’t seem as frightening anymore. “Oh, it was just a vampire. We can whip out a cross, flash some garlic, and we’re good. Big deal.” Once the mystery is gone, the fear is gone as well.

That’s why zombies don’t seem as frightening anymore. When George A. Romero released the original Night of the Living Dead, zombies were a completely unfamiliar concept. Nowadays, we’ve been bombarded by them in so many forms that it’s hard to make them seem as scary anymore.

Ambiguity is terrifying to us because we need to know what’s happening in order to feel safe. Once we understand something, we know what do; if we don’t understand it, we start to panic.

This is known as ambiguity aversion. We would rather choose a risky choice where we know both outcomes than choose a risk in which the outcome is ambiguous or undefined.

It’s the same reasons why children, and people in general, are afraid of the dark. Once the lights are on, everything’s fine and dandy; but once they’re off, who knows what could be lurking in the shadows. Logically, you know that nothing can suddenly appear once you hit that light switch, but… you can’t see anything. So you can never be sure.

Ambiguity kicks in and ruins your whole night’s sleep, just because “Goddamit brain, that’s not the bogeyman staring at me from across the room, that’s the shirt I threw over a chair when I came home drunk. I know there’s nothing there, now shut up and let me go to sleep!”

Here’s how it applies to our original example: An unknown sound is scary because you can’t identify the source. If you had heard a gunshot outside of your window, you would be less scared because you would know what caused it and, hence, what to do. I’m not saying it wouldn’t be scary, but you would definitely drop to the floor reflexively.

Once you hear “something”, you just jump up and freeze, listening for further clues. Even when you don’t hear anything further, you sleep with one eye open.

The more the elements of ambiguity are applied to real-life situations, the scarier they are to think about. That’s why in The Shining, the antagonist is just the protagonist who slowly went insane, suggesting that, under certain circumstances, all of us can become homicidal maniacs.

And that fear is much more real than the fear of being attacked by werewolf aliens. Don’t you agree? 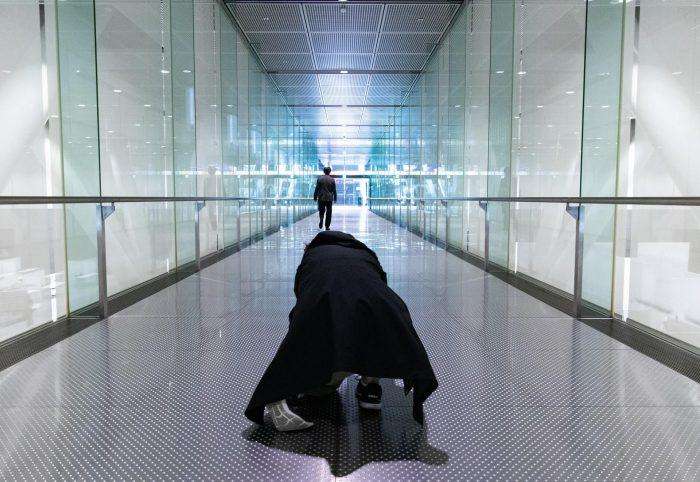 How to Break Nasty Habits and Stop Your Addiction 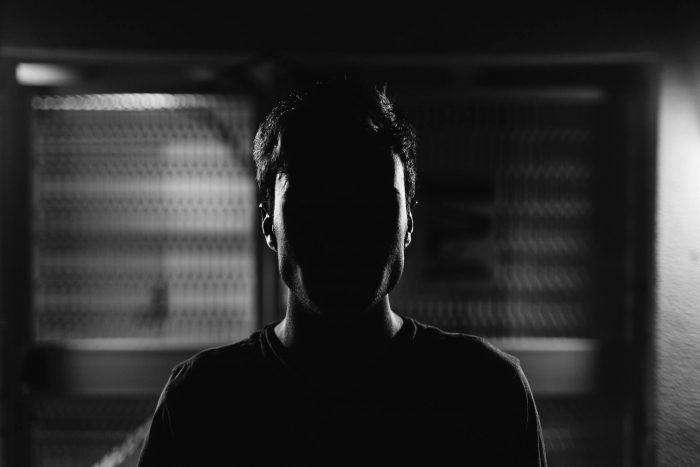