What Ross Geller Can Teach You About Responsibility

Ross Geller from the show Friends is the worst. Seriously, fuck that guy.

Even when I was a kid and didn’t really understand the adult world of Friends, I always disliked Ross. He’s petty, insecure, jealous and, all in all, pretty unlikeable as a person. While a flawed character often makes for a very entertaining viewing experience, he reminds me of a lot of people in real life.

So let’s dig a bit deeper — what made Ross the way he is?

At the beginning of the show, he finds out his wife is gay and was cheating on him. He also finds out she is pregnant and is going to raise their son with her “lesbian life partner”.

This is a fucked up situation. And it changes him.

He becomes jealous, untrustworthy, and unsure of himself. His self-esteem depletes and he starts acting like a complete dickwad for most of the series. And it can all be traced to the unexpected trauma he experienced at the beginning of the show.

The worst part? You probably act the same way as Ross.

It is not you vs everybody else

Ross obviously makes a lot of questionable choices along the way and often suffers as a result. But what does Ross think about this? Is he the problem? Is he actually a bit crazy, obsessive, or irrational?

Nope. He thinks it is not his fault.

None of it. In any sense. Not even a little bit. He is just an innocent, good person who keeps experiencing a lot of problems in life.

Over the course of the show, he embodies this “I’m just a good guy that bad things happen to” perspective. It’s never his fault, it’s just that he has bad luck or people don’t understand him or somebody else is to blame and so on and so on.

This is simply not true. But instead of growing up and accepting his own faults (like other characters do throughout the show), he just wines about them and blames everybody else.

He rarely takes responsibility. He never examines how his choices brought about a certain outcome. He doesn’t try to accept his faults and improve on them.

Many refuse to take responsibility for their own life — unless things go great.

If you receive a promotion, it was due to your hard work and dedication. If you are in a great relationship, it’s because you’re such an amazing person who deserves it. If you find a $100 bill on the floor, it’s because you’re so perceptive and the Universe is just rewarding you for being so great.

But if things turn out bad, it’s a different story.

Neither of these examples is true. We often like to view the world as if it’s black-or-white but it is much more complicated than that. Often, there are other things in play we cannot influence. We may not even be aware of them.

That leaves you with only one option: focus on yourself.

In his bestseller The Subtle Art of Not Giving a F*ck, Mark Manson talked about The Responsibility / Fault Fallacy. And he puts forward a crazy idea:

We are responsible for experiences that are NOT our fault.

Crazy, right? If they’re not our fault, how can we be responsible for them? Easily. Because fault and responsibility are not the same thing.

I realized that it was likely that I hadn’t been a great boyfriend, and that people don’t just magically cheat on somebody they’ve been with. I’m not saying that this excused what my ex did — not at all. But I started to realize that perhaps I wasn’t exactly the innocent victim I had believed myself to be.

On top of that, he realized something far more important: He was responsible for dealing with his own emotions.

His ex caused him grief and, while it was her fault, it wasn’t her responsibility to help Mark get over it. He needed to take responsibility for himself:

From Ross Geller’s perspective, his wife cheated on him, left him, and took their son with her. Wow, she sounds like a horrible person. And cheating on somebody is definitely a dick move.

Then again… didn’t Ross cheat on Rachel, the supposed love of his life?

If I triggered you with that last sentence, that’s awesome! But before you start getting into the “we were on the break argument”, realize that this — this, right here — is exactly the point I’m trying to convey.

According to Rachel, they were on a break and she even noted this as them breaking up. So whatever Ross does after is kind of fair game. She needs to accept that she wasn’t the best girlfriend ever and, just like Mark noted, people don’t cheat on people they’re with out of nowhere.

However, what Ross did was still a dick move. If you sleep with someone hours after breaking up, it appears you don’t care for that person much, right? At the very least, you’re not looking to get back together.

He never reflects on his mistakes. He never grows up and makes better decisions — because he never changes his values.

Even with Carol, he admitted that the relationship had been going downhill a long time before it finally ended. He ignored the signs, wasn’t the best husband, and constantly blamed other people for his emotions. Then, surprise, surprise, who could’ve known.

Other people may CAUSE your emotions but YOU have to deal with them.

He never did. Instead of looking inward and improving, he kept pointing the finger to others. It’s not me, it’s everybody else.

Here’s a pro tip for you: If you think everybody else is the problem, it means you are the problem. Yeah, I said it. Swallow that shit and embrace it.

I can go on for days but I don’t have to. The problem may be with others but the outcome still comes from you, at least partially. You can end an abusive relationship. You can cut people out of your life. You can stand up for yourself, quit your job, and discipline yourself. It’s not easy but you still need to do it.

You need to make a Mind of Steel Decision.

You can’t change the past. You can’t make better decisions retroactively. But you can accept that some of your decisions are bad and try to improve them. And the way to do this is by changing your own values.

P.S. If you want to learn how to set quality values and build mental strength, see Mind of Steel Handbook. 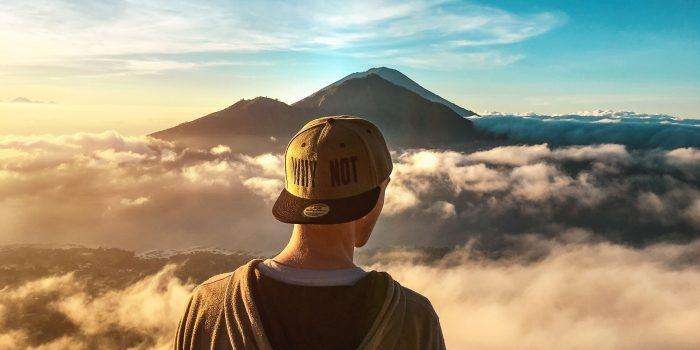 What Most People Get Wrong About Addiction