How to Permanently Overcome Your Phobia

One of the most hilarious moments from my movie watching experience is a scene from Harry Potter and the Chamber of Secrets; Harry and Ron are in the middle of the Dark Forest, surrounded by giant spiders.

At one point, Ron grabs Harry by the sleeve and points to spiders that have surrounded them. He does so while weeping while Harry, who is also afraid, doesn’t react in a similar way.

In this case, both of them felt fear, which is completely normal considering the scary and unusual situation they found themselves in. Still, while Harry reacted in a more collected way, Ron started crying and couldn’t think straight. Why is that?

Ron reacted the way he did because he has arachnophobia – extreme fear of spiders. While Harry experienced average level of fear most of us do, people with phobias have a much harder time facing and overcoming things they’re afraid of.

But what exactly is a phobia? How does it differ from fear? And how can one minimize or extinguish its effects?

Turns out, psychology already has answers to that.

Terms fear and phobia are often used interchangeably, even though they refer to different conditions. Simply put, you can look at them as general fear versus extreme fear.

As previously discussed, fear is an extremely useful tool that has ensured the survival and constant development of the human species. But a lot of people transform that fear into extreme anxiety, which is often overblown to the point of irrationality.

Fear is an emotion all of us experience; phobia is an anxiety disorder. Take a look at this table to see how fear and phobia differ:

So while most people would be grossed out by encountering a spider, person with arachnophobia is not even able to look at a photo of a spider without experiencing high levels of anxiety, breathing heavily, even crying.

According to Scientific American, development of phobia depends partially on genetic, and partially on environmental elements. There isn’t any specific “phobia gene”, but it is estimated that genetics contribute in the range of 25% to 65%.

In most cases, environmental circumstances play a more significant role in fear escalating to an irrational level. Witnessing a frightening or stressing event often triggers the development of phobias experienced during the incident.

Bruce Wayne developed an intense fear of bats upon falling into an underground cave as a child. In Batman Begins, Wayne family is at the theater, observing people dressed as bats. Even though there was no danger, even no real bats, Bruce felt extremely anxious and wanted to leave.

So if you were attacked by a dog as a child, you might become afraid of dogs in general. Having close relatives die in a plane crash might avert you to flying in the future. Experiencing a house fire might irrationalize dealing with fire in everyday situations.

These things might happen, but like any disorder, they don’t effect everybody. Development of a certain phobia depends on a variety of factors, such as age, intensity of encounter, personal traits, and genetics.

Most of these fears make sense; dog attacks can be dangerous, flying isn’t natural for humans, fire is a powerful and hazardous substance, and getting swarmed by a ton of bats in a dark cave would be scary for anyone, especially a child.

Still, one of the most widespread phobias is that of spiders. Most spiders we encounter are not poisonous or dangerous in any way, but a large number of people perceive them as such.

Psychologist Graham Davey ran a study concluding that cause of people’s fear of spiders could be…their weirdness. Most participants noted “legginess” as the primary reason, followed by spiders’ erratic and sudden movements.

It’s in human nature to fear things we don’t understand or know; in fact, there’s a specific phobia for the fear of the unknown.

Even though spiders don’t possess any real threat to our everyday lives, they are as strange as they could be; they have a freakish bodies, eight eyes and legs, they move really fast and drop from ceilings.

But when it comes to Spiderman, fear is not that great; he’s a human with two eyes, two legs, and usually behaves like the rest of us. While the character might be scary for people with severe arachnophobia, it’s not as scary as a real spider.

Overcoming phobias follows the same idea for overcoming general fear – you need to face it and accept it. Dealing with things you’re afraid of doesn’t mean avoid it or relying on short-term solutions and tricks. Overcoming means facing your fear and being okay with it.

Phobias make things more difficult as people often go out of their way to avoid confrontation, and thus let their fear literally guide the course of their actions.

One of the most effective ways for treating phobias and other anxiety disorders is exposure therapy. As the name suggests, it includes exposure to the feared stimulus in order to minimize and diminish its effects.

It’s based on Pavlov’s classical conditioning and, according to Archives of General Psychiatry, it may also be effective in preventing progression of some anxiety disorders.

Exposure therapy is focused on systematic desensitization, rather than sudden immersion; this means that instead of just putting yourself in front of your fear point blank, you are gradually moving up the ladder.

This may be done in various ways; therapy may start with breathing and relaxation exercises, followed by gradual confrontation.

For example, in the case of arachnophobia, that may be firstly learning some facts about spiders and looking at photos of them, while using relaxation techniques to reduce physical anxiety responses. After that, you may watch a video or a documentary featuring live-action footage. This could be followed by going to the zoo, watching real spiders, and ultimately holding a spider in your hand.

This is just a simplified example of how the therapy works. Note that it doesn’t mean you won’t ever feel anxious with spiders nearby; it simply means your fear will drop down to levels people usually experience.

Overcoming fears means facing them and living with them, not completely removing them from your life, as in most cases, feared stimuli are unavoidable.

Coming back to Ron Weasley and the Harry Potter universe, The Prisoner of Azkaban introduced a boggart, creature which takes the form of the thing you fear the most.

In the book (and the movie), professor Lupin forces students to face the boggart, hence their greatest fear, and use their imagination to reduce their anxiety. For reference, watch this short clip from the movie:

I want everyone to picture the thing they fear the very most and turn it into something funny.

Most phobias, and fear in general, are usually not avoidable. Even if you avoid certain places or situations, you’re only causing yourself more harm, because you’re forced to live in a constricted way.

While exposure therapy may cause short-term anxiety, it has been proven that prolonged exposure to feared stimuli diminishes overall anxiety and reduces irrational fear.

Have you been avoiding your fears? What scares you the most? Leave a comment and let me know.

If you know somebody who’s dealing with a certain phobia or extreme fear, send them a link to this article and help them.

Also, make sure to check out previous articles dealing with general fear and rejection. 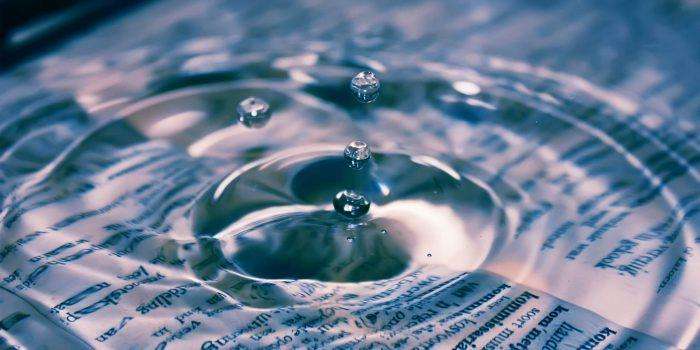