On a hot summer’s day in the beautiful city overlooking the Adriatic coast, I was slowly sipping my coffee in a local café.

I was alone, working on my laptop, seated on the terrace so I could enjoy the sunlight filling the air. Beside the terrace, there was a small playground-like corner where children could play.

I was zoned out in my work when BAAAAM!

A loud sound made everybody in the café turned to the playground. One of the kids tripped and fell, scraping his knee. He erupted in such a thunderous cry that it was pretty hard to focus on anything else.

On the terrace, an elderly guy was reading a newspaper with his legs crossed, completely unfazed with what had just happened. He slowly folded his newspaper and signaled the child to come over. I assumed it was his father.

The little boy came over, still crying loudly, as the father sat him down, fixed his knee up, and told him to play further, before returning to his newspaper.

I was seated right across from them so I could see that the scrape itself wasn’t that bad. Definitely nothing worth crying over so much — and the kid knew this.

However, he wanted attention.

Once everybody else realized the show was over, they returned to their own agendas. The kid was still sobbing in the background, but nobody cared anymore. The moment had passed.

I observed the boy as he stopped crying altogether, looking for someone to “feel sorry for him”. But people weren’t looking in his direction. The father was unfazed, reading his newspaper. The kids had resumed playing.

He wasn’t the center of attention anymore.

So the kid looked left, looked right, closed his eyes and — I shit you not — started purposely screeching so loudly that nobody had a choice but to look at him. Everybody except his father.

Once again, the father remained calm, lowered his newspaper, then looked the boy right in the eyes. The boy immediately stopped crying.

The father calmly, but firmly, told the kid to stop the drama. He scraped his knee, it wasn’t that bad, and now he just wants attention and everybody to throw him a pity-party. He needs to get over himself and move on, just as everybody else has.

The kid was silent. No crying. No drama.

He turned around, went to the other kids, and continued playing with them like before.

WHAT THIS MEANS FOR YOU

While I’m writing this, I’m not a parent. So it would be irresponsible of me to give anybody parenting advice.

However, I was a kid. And I do have parents. And I know that, in the exact same situation, I used to act the same way.

You see, my parents are great and I love them to death. They taught me how to be a decent person and care about others. But they also made me too soft. They cared for me a little bit too much, to the point where they were afraid of letting me make mistakes and get hurt.

But without failure and mistakes, you can never learn or improve.

As a result, I was just like the kid in the story. Craving for attention and wanting everybody to feel sorry for me. Even as I grew up, I would still make a mountain out of a molehill often.

This was a terrible attitude. Unlike the father in the story, my parents encouraged my dramatic behavior because they didn’t want to see their child in pain.

I’m guessing that you can probably relate to this in some way. At the very least, you can recognize the “outrage mentality” that’s becoming more widespread in our culture.

However, just like the kid, once I realized people didn’t really give too much of a shit about my minuscule issues, I got over it pretty quickly because… I wasn’t really that hurt. It was an act. A cry for attention.

Even though I didn’t even admit this to myself, deep down I knew it.

As I said, I’m not giving parenting advice. Caring about your children and wanting to stop harm from coming to them is normal. But it is just as common to let this approach get out of hand, to the point where kids don’t get a chance to toughen up and become strong. Instead, they become spoiled, soft, and easily break when faced with problems.

The same way, it is a good idea to toughen up your kids since they’re little. This doesn’t mean never helping them or attending to their needs but teaching them life lessons and letting then make mistakes early on — so they can improve faster. However, it is just as common to take this too far and give your kids too much love.

Like everything else in life, it’s all in the balance.

Now, you’re not a kid. Whatever childhood you had, it’s gone now. No going back. But you can still apply the same lessons outlined in this story.

You need to parent yourself!

That’s pretty much what self-improvement of any kind is. You need to teach yourself the difference between the good and the bad. You need to learn good habits on your own. You need to recognize bad behavior and change your perception and attitude in order to develop mental strength.

So apply the same tactics. Don’t complain all the time. Don’t seek out attention to feel good about yourself, be it creating drama, asking for likes, upvotes, or any form of social media currency.

The way you handle small issues in your life determines how you handle big ones. In the end, this defines you as a person.

P.S. Need help with getting stronger? Check out rules of a strong mindset. 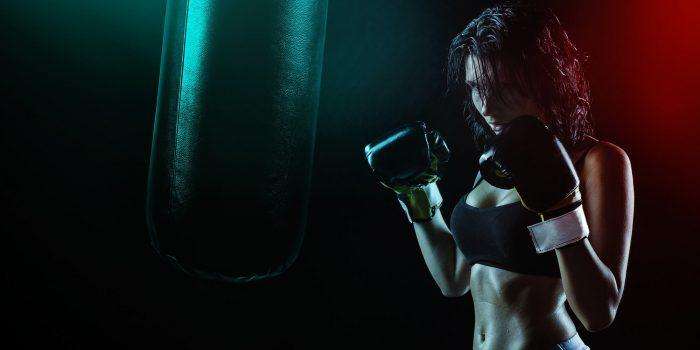 How to Build Confidence and Develop High Self-Esteem