For most, The Matrix is one of the most powerful movies they’ve seen. It puts your whole life in a different perspective with a simple premise – what if your whole life is a lie? What if what you call reality…is not actually real?

We’re going to go ahead and assume this is, in fact, the real world. Still, the notion of this movie can be applied to many different fields, including changing your mindset.

In fact, just one scene from the movie teaches you the most important thing about dictating your mind the way you want to. You’ve probably seen it, but do me a favor and check out this short clip below:

We all know what happens here. Morpheus jumps over like it’s no biggie while Neo lands face down on the pavement. Why is that?

So many people, ever after watching the movie numerous times, never truly get the point. In a nutshell, it is all combined in that one scene. In that one line. What Morpheus says is the blueprint to changing your mindset, and this is not an exaggeration.

Let’s break it down:

You have to let it all go…

The building block of any change is the current state of mind. When trying to change, the only thing we have is our current mindset. I’ve showed you before what’s needed for adapting a new mindset – destruction of the old one. To implement new ideas, you need to let go of the old ones. You have to let it all go – previous notions, statements and decisions.

Abandoning your former way of thinking is scary for most people. They think something bad will happen to them or they believe that it is not even possible, even after so many people have done it. That’s why it’s essential to let all fear, doubt and disbelief out of your system. You’re trying to build a strong mindset and these notions are a sign of a weak mind as they are holding you back from achieving your full potential.

After you have let go of the old, poisonous parts of your mind you can build new thoughts and new way of thinking. However, to do it in a significant way, you need to have an open mind. You need to be open to abstract ideas and measures which may seem drastic from your old point of view. The only way to move forward is to learn new things. Free your mind.

But that’s not all. Let’s take a look at the clip again. What does freeing your mind have to do with the ability to jump over a building?

In short, it can be explained with this quote attributed to Henry Ford:

Allow me to take a little detour and talk about the “brain in a vat“. It is a concept used in philosophy in relation to knowledge, reality, truth, mind, and meaning.

Imagine a mad scientist removed your brain and put it in a vat (jar) of life-sustaining liquid and then connected it to a computer simulating the outside world.

The Matrix explained this in a very similar fashion, but you probably never even realized it:

What is ‘real’? How do you define ‘real’? If you’re talking about what you can feel, what you can smell, what you can taste and see, then ‘real’ is simply electrical signals interpreted by your brain.

Brain is the centre for interpreting everything and within this theoretical concept, the brain cannot know whether it’s in a human skull or in a jar – the perceived reality is the same.

Rebecca Turner wrote a great article about the same subjects in relation to lucid dreaming.

If you are indeed a brain in a vat, it means that everything (or most things) you have learned in your lifetime are wrong. Only knowledge you have is about a false reality, while you don’t know anything about the real world. Consequently, if you were a brain in a vat, would you really want to know it?

Now apply the same method of thinking to forming a mindset.

Your reality is formed within your brain, which can’t know whether it’s in a human body, a liquid-filled jar or a metal exoskeleton.

Anyway, it doesn’t matter. The most important thing to realize here is that you can create your own reality. If you believe something to be true, in your eyes it is true. Most people walk around in the “Matrix”, constrained by the system’s rules and feel pretty miserable all their lives.

They don’t believe something is possible and hence, don’t pursue it and in the end, don’t achieve it. You, on the other hand, have a different view. You truly believe you can accomplish something and work on finding ways to make it true. Ultimately, because of that, you achieve your goal.

What Morpheus was trying to teach Neo is that the only way you can jump over a building is if you KNOW you can. Don’t think you can, know you can.

If you don’t believe it, or kind of believe it, it won’t work. Neo still couldn’t completely grasp the concept that they were inside a computer program. He didn’t really believe it was possible to jump that far, even after seeing Morpheus do it. Like most people, his mind probably started making excuses:

Neo didn’t truly believe that Morpheus jumped that far just by using the strength of his mind. That’s why he only made it halfway and landed on his face.

Matrix is in your mind and is therefore controlled by your mind. If you shape your mind in a way that you truly believe you can dodge bullets, break walls and jump over buildings, you will be able to do it.

Of course, our reality doesn’t work the same, but the same method still applies. In conclusion, you can do anything you set your mind to. You just have to convince yourself that it’s possible and your brain will allow you to see the world around you from a positive “can-do” perspective.

Most people have already defined their reality – a dark and gritty post-apocalyptic place with obstacles at every turn. You perceive the same surroundings in a different manner – it’s a beautiful place, with so many possibilities and potential, while every “obstacle” is a chance to learn and improve yourself. 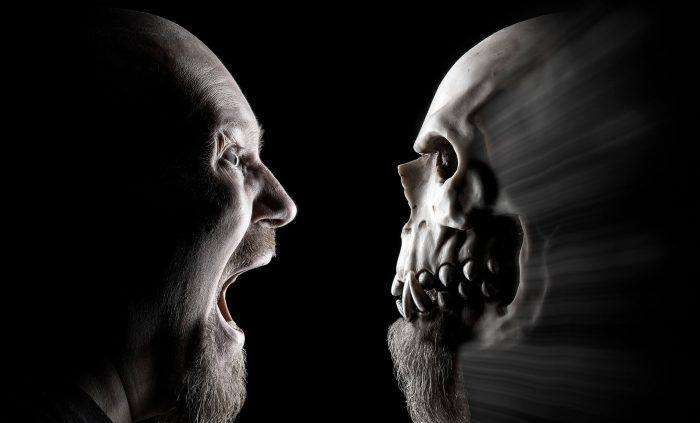