Back in elementary school, when I was around nine years old, I was part of this extra-curricular journalist club.

We would research stories and design our own broadcast. As luck would have it, our teacher managed to arrange for us to visit the headquarters of a leading national radio broadcasting station to be featured on their live program. Unfortunately, only five of us were allowed to go; luckily, I was one of them. I was psyched beyond dreams and so excited to visit the station.

However, day before our visit I got sick; I was shaking, had a burning fever, a sore throat, and was forced to stay at home. Consequently, someone else took my place on the trip. And yeah, everybody who went later told me it was awesome.

I remember lying in my bed the following morning, sick and sad, knowing I’ve missed the opportunity I will never have again. In my mind, that was the first time I declared that “I just don’t have any luck”.

The following years only supported my hypothesis; things that were out of my control prevented me from doing what I desired. I woke up sick on my birthday. I twisted my ankle day before the big game. I travelled an hour meet a group of people only to find that our meet has been cancelled and everybody got notified…except for me.

I’m not going to lie, it felt really shitty. I mean, these were things I couldn’t control; it was pure luck, right? Some people simply have it, and I don’t.

Well, it’s time to lace up your boots, hold onto your panties, and get your game face on, because I was dead fucking wrong. IT’S DEBUNKING TIME!

This has been a long time coming. You always hear people talking about how unlucky they are because this or that happened, and how they just can’t win. So once again, I’m going to do what I do – call you out on your bullshit.

Remember this scene from the Titanic?

All life is a game of luck. – A real man makes his own luck.

Now, Billy Zane’s character is an asshole; but that doesn’t mean he’s wrong. How can life be a game of luck, if luck is, by definition, something which cannot be controlled? It’s not a game if you can’t influence anything, can only say “fuck yes” or “fuck me” depending on the outcome, and take it as it comes.

I don’t know about you, but that’s not the kind of life I want to live.

If you know anything about psychology and how our minds work, you know that there are a lot of ways our brain can screw up our perception and make us see things that aren’t there.

Case in point, the Gambler’s Fallacy; our brains are predetermined to see patterns. It’s how we function and make sense of everything around us; we connect the dots and develop patterns so we can perform tasks better.

Sadly, we tend to do the same thing when there are no connections to be made. A chance of a coin falling on head is always 50/50. But if we get four heads in a row (wink, wink) we will probably think we’re on a lucky streak// and that somehow our chances have improved.

In reality, all that we have improved is our ability to think like idiots. We know that flipping a coin doesn’t offer any other chance than 50/50. Yet, our brain makes connections that aren’t there – and we believe it.

[Source: imgur ] For more information about the science of luck see this.

Now that we’ve gotten that out of the way, let’s get back to the real world “problems” people usually complain about.

There’s no such thing as luck – only situations.

Everybody talks about luck, but in its essence there’s no clear and unique definition of what the hell it is; it varies by philosophical, religious, mystical, or emotional interpretations.

What I’ve found to be true is that what people often refer to as lucky or unlucky instances are nothing more than random occurrences.

Just think back to my example from the beginning of the article; me getting sick during the flu season was either something ordinary (especially considering I naturally have weaker immune system and almost always get sick that time of the year) or it was the Universe’s master plan to make me sick right before our trip, just because at the beginning of time God stroked his beard, rolled the dice, and branded me as “forever unlucky”.

Occam’s razor suggests that in most situations, the easiest solution is most often then right one. Common sense suggest that, in this case, it definitely is.

You might think my example was far-fetched but it’s the same logic applied the every (un)lucky instance in your life.

OMG, were you like sooo lucky to run into your old high school friend who helped you get a job in his company? That must have been luck, right? To meet that specific friend whose company had a job opening just as you were looking for a job?

How about no. Prior to meeting your friend you bumped into about 100 different people, but disregarded those instances as irrelevant and random – which they were. But when something unusual happens, you’re more likely to remember it and give it more of your attention.

It’s not luck. It’s the Von Restorff effect. And/or selective perception. And possibly a combination of other cognitive biases. Not to mention that you have probably been looking for a job for some time when that happened.

Do you really believe that bumping into your friend was caused by a supernatural force specifically to help you out in a time of trouble? Or was it just a coincidence?

Face it – the universe doesn’t give a shit about you.

Yes, you might say it was a “lucky” coincidence because you benefitted from it, and that’s fine. Luck as in “a random occurrence which benefits my current situation” is a completely understandable notion. But luck as in “something that controls my life” is bull.

HOW TO BECOME LUCKY

The way to become permanently lucky is to stop thinking in terms of luck. Bird shit on your head? Oh well, it probably happened to million other people; and not just hobos and crack addicts, but successful, rich, and intelligent people who you would probably consider “lucky”. //

Samuel Goldwyn said that “the harder I work, the luckier I get”, and he was spot on. If you view luck as just coincidence, a random fortunate occurrence, then the harder you work, the more chances you have of achieving those random occurrences.

Remember my story about getting sick before the trip to the radio station? Since I spent the following few weeks in bed, I got bored. So I got on my computer, opened up PowerPoint, downloaded a bunch of images, and started making a short animation. Since PowerPoint is intended for presentations, I searched around and downloaded a simple stick-figure animation program, started messing around with it, and started creating short animations.

I fell in love with animation and spent the next ten years perfecting my craft, and gathering knowledge in creative areas such as graphic design, photography, drawing and illustrating, etc.

During college I started doing freelance projects and it took me a couple of days to earn what most students made in a month.

“You’re so lucky to be able to do that”, people would often say. But there was no luck involved, only determination and hard work. What started as one of the most devastating and unlucky situations in my life turned out to be the tipping point for my future success.

But only because I view it as such.

You may say that me getting sick was actually “luck” because it got me into animation, which is why I have those skills today, and they allowed me to get those big-paying jobs, and so on. If that’s what you think, then you obviously hadn’t understood a thing I’ve said so far.

The harder I worked, the luckier I got.

Countless people got sick, got bored, but never decided to do something productive with their time. Countless people tried making animations, but decided it was too hard. Countless more never really put in the hours and developed their skillset.

But I did. I was “lucky” to get those freelance jobs because I spent a decade’s worth of sleepless, lonely nights dedicated to perfecting myself.

The harder you work, the luckier you will get.

When I applied for a project with a sharpened skillset and a portfolio of quality projects in my hand, the big company decided they’re going to put their trust in me. It wasn’t luck; it was a decade of work.

Billy Zane’s character in Titanic hustled; he was a deceptive and arrogant asshole, but as far as I know, he survived Titanic’s sinking while DiCaprio considered himself “very lucky” to have won a ticket to board the ship.

You want to know how to become lucky? Don’t. Because luck is for suckers who are not willing to put in the work. 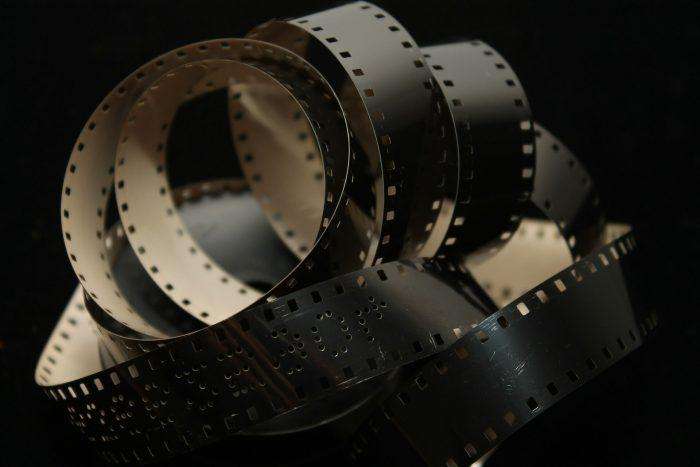 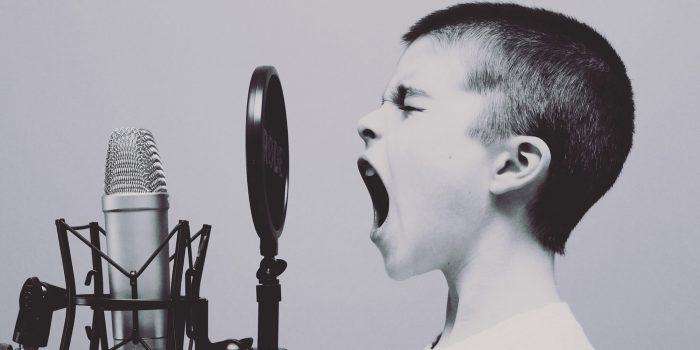 The Importance of Harsh Advice

How Badly do You Want it?