I’m once again flying 30,000 feet (10,000m) above the Atlantic ocean writing this. Once again, I’m tired, famished, and exhausted on a physical, psychological, and emotional level. However, I feel the happiest I’ve ever felt.

About four months ago, I departed to spend my summer living abroad in the United States. I felt like shit at the time, but had high hopes and even higher motivation to make this the most amazing experience to date. Once I arrived, however, reality bitch-slapped me in the face.

Six days in, I got depressed. Like, legit there-is-no-hope-only-utter-despair depressed.

I’ve never felt like that in my life. Here I was, finally in the land of opportunity, visiting the place that makes dreams come true, and it took less than a week to shatter all confidence and strength of mind I had. And the main thing that caused this despair is something you can probably relate to — having high aspirations.

Other people who came for the same purpose looked at our situation from a different perspective; they saw it as a great opportunity as they had a solid job, stable paycheck, cool roommates, and life in a place that’s not very expensive, allowing them to save up money more easily.

For me, I was in the middle of nowhere, worked a shitty job for shit pay, and had no space for growth. This was my perception because I despise normal. I despise average. I despise status quo. So even though things weren’t as bad as they could be, I knew they could be much better.

This kind of life was hell for me. I wanted adventure, uncertainty, and most of all, possibility. So two weeks later, without a job, apartment, money, or friends, I moved to New York City. And looking back, it was the best decision I could have made.

Hitting Rock Bottom Without a Warning

I bought a one-way ticket to La Guardia airport leaving in two weeks thinking: “If I find a job and accommodation before my flight leaves, great. If I don’t, I’ll make it work”.

Two weeks passed and I had no job, nowhere to live, and no prospects in NYC of any kind. The only thing I had going for me was an old acquaintance (not even a friend, a guy I barely knew) who agreed to let me stay on his couch in Harlem for a few days. Armed with a small level of “I won’t be homeless the first few nights”, one bag of clothes, $850 in my pocket, and balls the size of Mt. Everest, I peaced my friends and went to the airport.

My flight was leaving at 5am, so for the next six hours I was sitting alone in the entire airport, trying not to fall asleep and wondering if I’m a complete idiot for doing this. Best case scenario, I find a job and a place to stay within days, then spend the rest of my summer living it up in the Big Apple. Worst case scenario, I go broke and become homeless within a week, getting myself into an even worse situation.

When I arrived in New York, I was sleep deprived and confused.

My acquaintance (let’s call him Jimmy) showed me around town and explained how NYC is harsh and “won’t make you a better person”. He explained how you need to “take care of yourself” or you won’t make it. I thought he was exaggerating, but this advice would later be the reason why I ended up thriving in the city.

Within days I found a great, cheap apartment on the Upper West Side, literally across the street from Central Park. Jimmy hooked me up with a job at his restaurant and I started working right away. Everything seemed to have worked out amazingly.

Or so I thought.

Over the course of next few months, I was forced to find a new place to live every single month, and would often have to move out on the 1st of the month without knowing where I was going to end up spending the night. I went broke multiple times, had to change jobs, had my bank account frozen, had no friends, had gotten depressed, and for the first time in my life, felt completely hopeless.

My strong mindset was completely shattered. I run a website dedicated to having a strong mind, but I regressed to a shell of a person I was. Knowing I had become so weak, at the time I was supposed to be teaching others how to be strong, made me feel even worse.

How to pick yourself up form the dust

For the first time in my life, I truly hit rock bottom. I stopped writing and being active on the site because I couldn’t write about something I don’t uphold myself.

In my darkest hours, I thought back to the advice that Jimmy gave me on the first day. The only thing I could effectively change was my mindset. I decided to stop focusing on things out of my control and focus on what I can control myself.

I sat myself down, opened up a blank page, and started writing myself a personal motivation letter.

At the time, I didn’t even have a laptop. That article wasn’t supposed to be published. I wrote it on my phone, trying to get myself out of a shitty state of mind. But as of writing this, that article is the most popular article of all time. It still holds the #1 spot.

After reading through that motivational letter, I decided to do away with the self-loathing. I may not have felt mentally strong, but I knew how to get there; stop whining and start doing. Stop thinking about how you got yourself into this situation and start thinking on how to get yourself out of it.

The only way to get back my mental toughness was to focus on getting it back. I came to New York without a job, apartment, connections, friends, or money. I experienced the extreme low, and I decided that I am not going to leave this city on the same note. I came with nothing, so I am going to leave with everything.

I was picking up shifts left and right, working about 12h – 14h every day to get paid overtime. This also meant I was privy to company-supplied breakfast and lunch, so I spent less money on meals myself. I’d invite people to go out, explore the town by myself, and go wherever the day takes me. Anything that gets me close to my goal.

The result? By the end of my 4-month tenure, I’ve built a life for myself. I’ve made money, established connections, made friends, and had an amazing time.

When it was time to go back home, I felt extremely sad. In the beginning, this city was a stranger to me. Now, it’s where I feel I belong at this time in my life. As I was taking one last glance at the glowing lights of the city that never sleeps, I was overcome with extreme joy and extreme sadness.

One of my coworkers told me this just a few days before my departure:

New York is a city which has either extreme highs or extreme lows. That’s what makes it so scary and so awesome at the same time.

It was 100% true. That’s the same way life is. As a quote from a Woody Allen movie goes: “Life is like Vegas. You’re up, you’re down, but in the end the House always wins. Doesn’t mean you didn’t have fun.”

With that in mind, here is what you should do yourself:

How to escape the rock bottom:

If you’ve never hit rock bottom, you’ve never really lived. Big losses take big chances. Being in an all-out shitty situation is where minds of steel are forged. Without pressure, without pain, without sacrifice, there can be no success. At the very least, you won’t appreciate it.

Fuck feeling sorry for yourself. Fuck self-loathing getting in the way of your greatness. Fuck anyone who says you’re not going to make it. For every person who told me I’m an idiot for taking a shot with no guarantees or contingencies, there’s an awesome story in my back pocket. And I know the same applies to you.

That’s me. And that’s you. And if that’s not you, then I doubt you want to hear anything I have to say. While you’re talking in my ear about how crazy my ideas are, I’m making them into reality. I’m dreaming up my life and living the dream.

Because that is the kind of person I am. Are you? 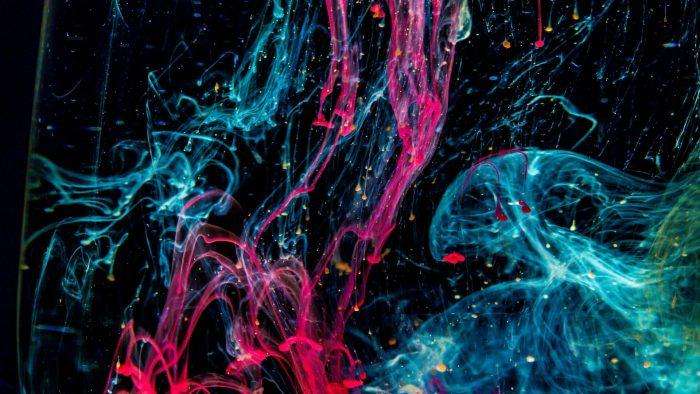