Let me tell you a story about a guy who changed my life. Without him, you probably wouldn’t be reading this.

I met Vincent by pure chance when I was about 19. At the time, I had just started opening myself, so I was still very shy, awkward, and scared shitless of socializing. I had virtually no friends, no self-esteem, and no confidence. For me, fear of socializing also meant the fear of dating, talking to, or even simply approaching women.

Vincent, on the other hand, was the antithesis of all of this; confident, charming, and dominant in social situations. He was ambitious and motivated to improve various areas of his life.

For whatever reason, Vincent decided to take me under his wing and teach me how to come out of my shell. I guess he felt sorry for me; he also used to be shy when he was younger, so he was familiar with the challenges I faced. Over the next few months, we went out every week. He taught me some things about social dynamics, shared his own experiences, and acted as my wingman. He wouldn’t let me touch a drop of alcohol because he knew that I needed to learn to be social while completely sober.

Despite his efforts, I was a complete wallflower.

Every time we would go out together, he would give me pointers and hype me up beforehand. I would nod passionately at everything he said, but when it came time to actually talk to people, I’d completely freeze. My mind would start racing and I would think of a million different reasons for why I shouldn’t do it.

One such time, we were at a nightclub, and he stood with me for literally hours, trying to get me to say anything to anybody. It wasn’t about picking up girls or making new friends, just the simple act of walking up to someone and introducing myself.

The difference between the two of us was that he wasn’t afraid to put himself out there. When he set his mind on something, whether it was moving across the world for his dream job or simply talking to someone he believed to be interesting, he was not afraid to go after it. He accepted the possibility that his plans might fail or that he might get rejected, but he didn’t care. To him, letting fear guide his actions would be far worse than anything else he could face.

Me, on the other hand, knew what I wanted, but I’d always come up with a bunch of excuses for not taking action. When I went out with Vincent, I avoided starting a conversation with someone because “the lighting is wrong” or “none of the people seem interested” or “none of the girls look attractive” or “they won’t talk to me” or “I’m looking really ugly today”. No matter what, there was always an excuse.

Then, one night changed everything.

It all starts with the first step

I was with Vincent at the same club we went to every weekend. By this point, we’ve been there for several hours and, seeing I was set on acting like a lifeless statue once again, Vincent disappointedly decided we should leave. After all, we were just wasting time.

As I slowly walked behind him, defeated and depressed, I was completely embarrassed by myself. I’ve been in that same situation week after week, and I wasn’t improving. I mean, I am unable to ask someone for directions to the bathroom, let alone anything more.

How the fuck am I supposed to go through life like this?

At that moment, something in me snapped. I turned around sharply, saw a girl standing in a group of people, and approached her without thinking. Within about five seconds, I was talking to her. I don’t even remember what I said, all I know is she smiled and engaged me in conversation, insofar as moving away from her group of friends to talk to me.

In literally a moment, I went from being unable to ask someone where the bathroom is to having the guts to approach a cute girl in a large group of people and start talking to her. This was huge for me back then. And I’m guessing it would be huge for anybody who has trouble socializing.

It took me a long time after that to get to where I am today, confident in my own skin and not feeling anxious about interactions with others. Whether he realizes or not, Vincent played a big part in this. He helped me out when I was lost, called me out on my bullshit, and forced me to face my fears and open myself up to the world.

With my upcoming book The Social Gladiator, I want to do the same for you.

What Is a Social Gladiator?

In ancient Rome, gladiators were fighters who clashed with each other for the amusement of others. While some of them were volunteers, most were slaves, segregated from the rest of the society, and socially marginalized.

I have a feeling you probably feel a similar way right now.

Just like a gladiator, you need to break the chains of social enslavement. Those chains are keeping you in an endless fight, where every interaction is a battlefield and you’re never sure what to say, what to do, who to trust, or who to keep around you. Your social life is just like an arena; you’re stuck in the middle trying to come out on top, with people screaming and booing at you. It’s no wonder you find socializing scary and anxiety-inducing.

For naturally extroverted people, socializing is easy. It’s fun and not something you would ever need a book for. There are likely people in your life who make you feel like a freak for even having trouble with it.

Fuck those people. Just because they don’t understand your problems, it doesn’t mean your problems aren’t real. Unlike them, I know from personal experience how devastating these issues can be to your self-esteem and overall happiness.

What The Social Gladiator Will Teach You

In short, this book will teach you how to become more social, stop fearing social situations, meet new people, and have better relationships.

The way you achieve this is going to be a little different than what you probably have in mind. I bet this is not the first book on socializing you’ve come across. Most of them focus either on certain tactics (voice and speech, body language, pickup lines) or on hyping you up so you temporarily forget your fears (“fuck the haters, you are beautiful”).

The problem is that neither of these approaches tackle the actual issues you have. As such, they don’t solve your problems, so you’re picking up more books, thinking there is some golden method, or a pickup line, or a lifehack that will make you more social.

Let me save you the time: there isn’t.

These tricks don’t work because the intentions behind your actions are what matters. Technically, talking to a stranger is as simple as saying “Hi”. That’s it. But you know that, for you, it’s not as easy. You will worry about a thousand different things that could go wrong and this will prevent you from ever saying “Hi”. So I can give you exact examples of what to say, but if you’re still anxious and insecure, those words will come across creepy and needy.

Here’s the harsh truth: the problem isn’t with the world, it’s with you. If you want to become social, you need to focus on yourself first, because what makes socializing hard for you is something which exists in you — your fears, insecurities, and anxieties. The only way to remove these problems is to learn to overcome them. No amount of party tricks or “how-tos” will solve them.

While The Social Gladiator does include tips and guidelines on how to behave and express yourself, 3/4 of this book is going to be focused on changing yourself. I know, bummer. I am going to make you look inside yourself, talk about your emotions, and all that crap. But trust me, it is going to help you finally achieve what you’re looking for.

Now, of course, dealing with your issues is just part of the game. You still need to actually socialize and this book will provide you with plenty of guidelines, tips and tricks, methods and techniques you can apply in real situations.

But knowing all of these things without changing the way you view yourself and the world is going to be useless. You can’t recognize someone’s toxic influence in your life if you don’t understand how people influence you in general. You can’t stop caring about others’ opinions if you have no self-esteem. Once you fix the disease, the symptoms will often disappear on their own.

Stop spending so much on new books, courses, and videos that ultimately have you running in place. Get the last book on socializing you will ever need.

The Social Gladiator is out! Get your copy here 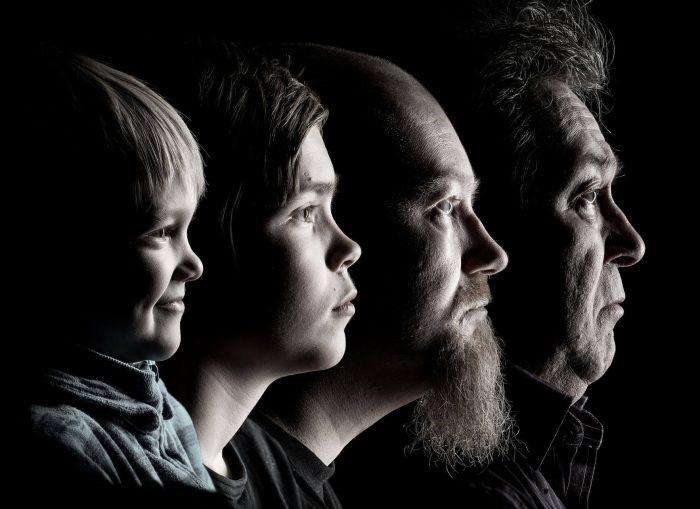